Toward a new DICOM Standard for PACS/VNA – (Almost) Complete Draft

Toward a new DICOM Standard for PACS/VNA – (Almost) Complete Draft

As described in earlier blog posts, PACS data migration has become a major user concern over the past decade, and DICOM has stepped up to start addressing standards to help facilitate migration. Since March, DICOM Working Group 33 Data Archive and Management has been diligently working on a major enhancement to DICOM for information objects and network services supporting inventories of PACS/VNA’s. Such inventories are a key requirement in preparing for PACS migration, as well as for several other important use cases.

Meeting bi-weekly, WG33 worked through several dozen issues to agree on a basic technical approach to standardized inventories, described in a previous blog post. It developed a DICOM Work Item Proposal, which was approved by the DICOM Standards Committee in August, and has now produced a nearly complete draft DICOM Supplement. The draft is to be submitted for review by DICOM WG6 Base Standard the week of November 9, and then we will be well on our way towards the long DICOM commenting and voting process.

Following is a walkthrough of the draft Supplement, which you can download and follow along (I will include page numbers for reference). The Foreword (p.1 after the front matter) is basically the Work Item Proposal, describing the use case and the limitations of the current DICOM standard. There is an information model for inventory objects (p.7) and the formal specification of the Information Object Definitions for DICOM Part 3 (pp.8-25).

The core of the Inventory IOD is the Inventory Module (pp.13-19), which is basically a standardized representation of the PACS database. It specifies a hierarchical structure cataloging all the studies, series, and images in an archive with their critical metadata. Because the approach allows inventories of subsets of the full archive, a Scope of Inventory (pp.20-21) describes the key matching attributes that selected the subset. The inventory is provided to the migration client (see Figure 1). 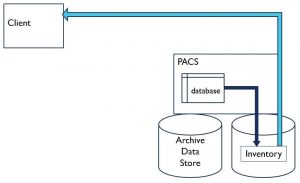 Figure 1 – Inventory as a representation of the PACS DB

Of course, all images in the PACS are available through standard DICOM Retrieve (C-MOVE), or the equivalent DICOMweb services. But the Inventory also allows each referenced image to have a pointer to a DICOM Part 10 file in the archive repository, allowing a direct network filesystem read of the file (if available), which would be much faster than the DICOM protocol. The specification for these pointers (pp.24-25) allows both single object files, as well as ZIP, TAR, or TAR+GZIP container files, accessible through any defined network filesystem (such as SMB, NFS, S3, etc.). (See Figure 2)

The Supplement defines a new Inventory Initiation service by which a client can request production of an inventory (pp.32-39). This feature is modeled on the Storage Commitment service already implemented by PACS – the client sends a request to the PACS (in an Nu2011ACTION message), and the PACS asynchronously responds with periodic status reports and when it is done (Nu2011EVENTu2011REPORT messages). The processing for matching key attributes in the Scope of Inventory (p.35) uses the same mechanisms as standard C-FIND Query operations (see Figure 4).

If you have any questions about the draft, or additional issues that you think should be addressed, send me your ideas!

The next stage of the DICOM process will be preparing for, and receiving, Public Comment on the Supplement, and following that, formal Ballot by the DICOM Standards Committee. This will take at least through June 2021, during which time WG-33 will continue to meet, although less than bi-weekly. New participants are always welcome to sign up at https://www.dicomstandard.org/participate/.

Author Harry Solomon is an interoperability consultant for Laitek Inc., and past Co-Chair of the DICOM Standards Committee. He has been involved in the development of DICOM since 1993, and has taught graduate courses in healthcare interoperability and standards at Northwestern University and at Oregon Health & Science University. Contact him at hsolomon@laitek.com or harry.solomon@ieee.org.

TALK TO AN EXPERT TODAY